Home News Feed How A Native Doctor And His Gang Were Finally Caught
Facebook
Twitter
WhatsApp
A notorious kidnap gang has been nabbed in an Ondo State community after disappearing with a boy. 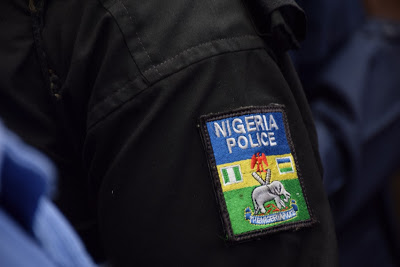 Members of a four-man kidnap gang have been arrested by officers of the Nigeria Police Force (NPF) in Ondo State, SaharaReporters reports.
The gang members, led by a native doctor, Eze Ifeanyi, were nabbed at the weekend after successfully abducting a teenage boy in the state capital, Akure.
Other members of the gang are: Obinna Stephen, Joel Carol and Christopher Anthony, aged between 37 and 42.
The teenage boy, Ezechiefoh Benproper, was kidnapped at the Don Bosco Catholic Church seminary in Akure last Sunday.
A police investigator confirmed that the boy was a younger son of an influential Igbo businessman in the city, adding that the victim was denied access to food by his captors.
According to SaharaReporters, the investigator revealed that one of the arrested kidnappers, who is also an apprentice to the victim’s father, gave out all the information that led to the abduction of the teenage boy.
“After we arrested them at their hideout in Oke Ijebu area of Akure, our investigations showed that one of the kidnappers, Obinna Stephen, plotted the little boy’s abduction,” the investigator told our correspondent. “Stephen, it was later discovered through intelligence, is also an apprentice at the store of the victim’s father here in Akure.”
Meanwhile, Mr. Stephen confessed to journalists during his interrogation how he gave out the information that led to the abduction of the little boy.
“These three guys (pointing to the arrested suspects) called me and asked for my boss’ mobile phone number, so I thought they wanted to do business with him. Immediately, I gave them the number but I did not know they had an evil agenda in mind by kidnapping my Oga’s younger son,” he said.
Ondo State Police Commissioner Hilda Ibifuro-Harrison paraded the four kidnap suspects before journalists at the command headquarters in Akure.
Mrs. Ibifuro-Harrison said officers from the anti-kidnapping squad responded to reports of the abduction of the young boy by mounting surveillance.
She said the police swung into action by bursting into the hideout of the four-man gang and rescued the teenage boy from captivity.
“The boy has been released to his father, but let me advise parents that they should avoid trusting their children with persons whose characters are shady,” the police boss announced to the press.
SaharaReporters reports that items caught with the suspected kidnappers included two live cartridges, one locally made pistol, and live ammunition.
The police force has vowed to charge the suspects to court after the conclusion of its investigation on the culprits.