Confirming the report the state commissioner for Education, Mr. Ahmed Tijjani said the state government had already drafted security agents to control the situation, adding that the examination was going on well in all the centres without hitches.

Also the State Coordinator of NECO, Mrs. Lamit Abba, said the council was able to send another batch of question papers to the affected centres, adding that students in the centres successfully sat for the examination.

She said, “Immediately the problem was reported to me, I instructed the NECO staff working in the areas and they were able to source for extra question papers.”

According to her, all the materials that were snatched by the hoodlums had been found and returned to the NECO office in Lafia, the Nasarawa state capital, adding that the council was able to relocate all the seven candidates in GSS Wamkama and 20 candidates in GSS Awogeshe village, respectively, for security reasons.

“The candidates in the affected centres were able to sit for the examination despite the snatching of materials meant for the two centres by suspected hoodlums.”

She added that exams had been going on in all the 13 local government of the state, in spite of the ongoing strike embarked upon by secondary schools teachers.

It was learnt that teachers in the public secondary schools in the state allegedly refused to invigilate due to the inability of the state government to effect their promotions and pay their salaries regularly.

Our correspondent, who went round the state to monitor the examination, observed that at Government College and Government Science School, both in Lafia, the principals and vice principals of the two schools were seen invigilating Physics Practical.

However, in a swift reaction, the Nasarawa State Chairman of Academic Staff Union of Secondary Schools, Gabriel Agbashi, said that no teacher from public schools would participate in the examination due to the ongoing strike. 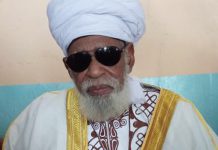