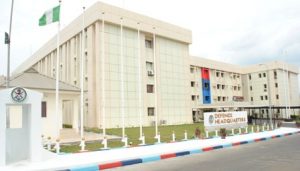 The Military Defence Headquarters has setup a committee to investigate the recent clash between personnel of the Nigerian Navy and Police in Calabar, Cross River State.

The incident occurred on  May 30 which led to loss of lives and destruction of properties.

According to reports, Naval personnel attacked and killed at least three police officers and set a police station alight in Calabar after a brawl between a naval officer a police traffic officer. One naval personnel also reportedly died.

The investigating committee comprises senior officers from the Nigerian Army, Navy, Airforce and Police, a statement by the director of defence information, John Enenche, a major general, said Tuesday.

“The committee is mandated to recommend appropriate sanction or sanctions to anyone or group of people that are found culpable in the avoidable incident,” the statement said.

“This is aimed at checkmating and subsequently eliminating such incidents in the future, in order to enhance the relationship between the Military and other Security and Response Agencies in Nigeria.

The Defence Headquarters appealed to members of all security and response agencies to embrace espirit  de corps in the course of carrying out their duties and have mutual respect and understanding for each other.