Home News Feed Nigerian Man Robs Pastor Who Accommodated Him in Austria | Photo
Facebook
Twitter
WhatsApp
A Nigerian pastor is in serious pains after a man who pretended to be born-again and was accommodated by him stole his money and ran away in Austria. 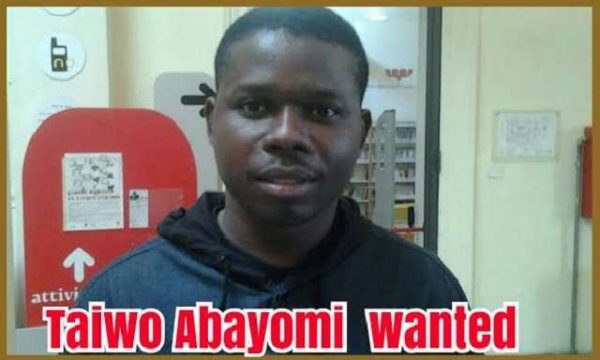 A Nigerian man of God based in Salzburg, Austria, who thought he was doing his homeless country a world of favour by accommodating him, is now in pains after the man absconded with his money running into €6, 500, according to a report by Pulse.
Pulse reported that the thief identified as Taiwo Abayomi had approached the fellow Nigerian Pastor, claiming he was a born again Christian who was stranded and had nowhere to stay.
Explaining further, Anthony Titus narrating to Pulse said that out of pity for a fellow Nigerian and Christian, the man of God decided to accommodate him with the approval of his wife and children but after staying in the household for two weeks, Abayomi decided to pay back the pastor’s kindness in the most callous way by stealing his money and absconding while they were away in church.
This is how Titus captured the incident:
“A Nigerian pastor who lives in Salzburg, Austria, accommodated this young man in his house because he claimed to have no home.
Last Sunday, he was told to come along to the church service but he claimed he had an appointment and when they left him, he made away with the Pastor’s €6, 500.
“When they called him, he said God had directed him to another place and up till now, no one has heard from him… Please if you can help rebroadcast.”
The aggrieved Pastor himself also posted this appeal for anyone who knows Abayomi to forward to him:
“Hello everybody; I want everyone to take a proper look at this young man. He identifies himself as a Christian and as someone who needs help. So I decided wit the audience of my wife and children, to accommodate him in our home.
After staying for two weeks, he took the money I kept in my bedroom and ran away with it. Please if anyone knows him, tell him to restore what he has stolen from me.
“His name is Taiwo Abayomi.”