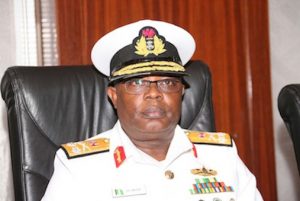 This was made known in a telephone interview by Dahun, he said it was an unfortunate incidence that led to loss of lives and destruction of property.

He said that, however, normalcy had since returned to Calabar after its personnel clashed with the Police on Tuesday,

He said that the service would do everything humanly possible to avert future occurrence of such ugly clash.

Dahun disclosed that everything had been resolved, and normalcy had also returned, saying “everybody was going about his or her business as usual.”

The clash between the two security outfits was caused by a disagreement between a police traffic officer and a naval officer at a traffic light in Akim neighbourhood, downtown, Calabar, around 4p.m. on Tuesday.

The Police said, “By 8p.m., it had developed into a deadly riot, with suspected naval officers attacking a police divisional headquarters, killing three officers and injuring others after setting the facility alight.

Simon Lalong, governor of Plateau state, has ordered the arrest of Fulani leaders and community heads following recent attacks in some parts of the...
Read more
- Advertisement -