Deolu
Following the series of protests embarked by local government workers in Delta State, a group has given the governor a 7-days ultimatum to pay up salaries. 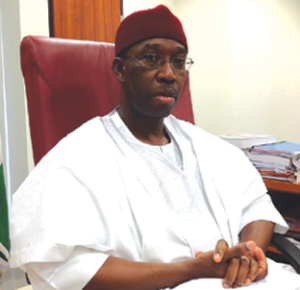 The Centre for the Vulnerable and the Underprivileged (CENTREP) has given Governor Ifeanyi Okowa seven days ultimatum to offset the 13-month salary arrears owed local government workers or face litigation, Nigerian Tribune reports.

Oghenejabor Ikimi, executive director of the group gave the warning on Saturday in a statement signed and made available to journalists in Warri.

“CENTREP hereby gives the Delta State Government 7 (seven) days notice to defray all the monies owed Council Workers in the State, failure of which we shall not hesitate to slam a public interest suit against the Delta State Government enforcing the Fundamental Rights of Council Workers across the 25 Local Government Council Areas in the State under Section 33 of the 1999 Constitution of the Federal Republic of Nigeria (as amended) without further notice,” he warned.

The human rights crusader described as inhuman and cruel for an oil rich state like Delta to plunge its council workers in hunger and privation.

He called for a constitutional amendment to the 1999 constitution to reposition local government as autonomous of the state government.

This, according to him, would engender independence and development in the third-tier government, adding that Okowa should use the Paris fund of about N150bn to offset the salary arrears of the council workers.

It will be recalled that in the past few weeks workers from the 25 local government areas of the state have embarked on series of protests to call the attention of the state government to resolve their plight.