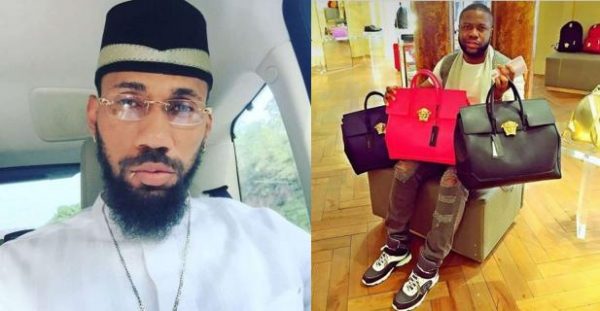 Hushpuppi took time out to call rappers, Ice Prince and Phyno for patronizing the imitation of luxurious items.

The flamboyant big boy stated that the rappers buy the counterfeits of designer products but frowned at pirates reproducing their music.

What goes around, comes around is the angle portrayed by Hushpuppi who decribed himself as a philanthropist and a hard worker on his Instagram page.

Phyno took the no chill route as he slammed him for his statement.

The rapper stated that he bought a house, a car for his mom but he never mentioned it on social media.

He slammed Ray by telling him that they are not on the same level, adding that he lives and dies for Gucci and the social media.