People were left in serious shock after a pregnant woman was crushed to death by a speeding train. 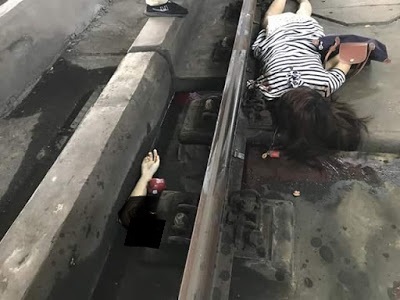 A woman was killed by a train after falling onto the tracks of the Airport Rail Link at Thap Chang Station about 7am on Monday.
News reports said the woman was about 30 years old. Her name was not known.
Suthep Panpeng, deputy director-general of the SRT Electric Train Co, which operates Airport Rail Link, said CCTV footage at the station showed the woman taking three steps forward and falling onto the tracks. No one was close to her.
“She was not fiddling with her mobile phone. She watched out for the train and just stepped forward,” said Mr Suthep.
Station staff told him she regularly caught the train there. Her husband had brought her to the station. 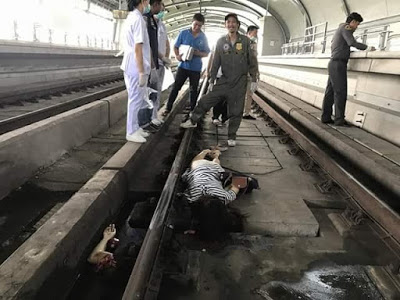 Only two stations along the route have safety barriers between the tracks and waiting platforms – Makkasan and Suvarnabhumi. Barriers are due to be installed at all stations by April next year, Mr Suthep said.
The service at Thap Chang Station was suspended. Trains were running only between Phaya Thai and Hua Mak station, and between Lat Krabang and Suvarnabhumi stations.
The company later tweeted that normal services had resumed about 11.20am.