Some residents in Bayelsa State staged a protest in Yenagoa, the Bayelsa State capital, demanding the immediate and unconditional release of convicted Edmund Ebiware. 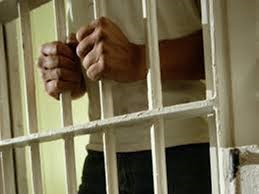 Ebiware was sentenced to life imprisonment in 2013 for his alleged involvement in the October 1, 2010 Abuja bombing that claimed the lives of 12 persons.

An Abuja Federal High Court, presided over by Justice Gabriel Kolawole, had found him guilty on three counts, including having foreknowledge of plans to carry out the bombing without alerting the authorities.

A few days ago, the same court that sentenced Ebiware, reportedly quashed the treason charge against Charles Okah, the suspected mastermind of the Independence Day bombing.

The protesters, under the aegis of Free Edmund Ebiware Concerned Nigerians, claimed that the convict was innocent.

They demanded his unconditional release from the Kuje Prison, saying with the quashing of treason charge against Okah, the accessory charge against Ebiware was of no effect.

Some of the placards displayed by the protesters, read, ‘President Buhari, free my husband,’ ‘Edmund Ebiware was unjustly jailed for treason,’ among others.

Bribina, a House of Representatives’ candidate in the 2015 general elections, said, “Ebiware was sentenced to life imprisonment for accessory to treason. Now, the question is this: How can you sentence an accessory to treason when the main culprit (Charles Okah) has not been sentenced?

“The accessory is to what then? That is the first question begging for answer. Before you sentence an accessory, the main culprit must have been sentenced. But our brother, Ebiware, was sentenced to Kuje Prison for seven years on trumped-up charges.

“The same Justice Gabriel Kolawole that sentenced Ebiware for accessory said last week that Charles Okah, suspected to be the mastermind of the bombing, was not guilty of treason. The court said the life of former President Goodluck Jonathan was not threatened, and that Jonathan was never in that place  that day. Now, the charge of treason against Okah has been quashed.

“How can you sentence a person for an accessory to nothing? It means that the charge of accessory is null and void.

“Today, we declare  Ebiware as a law-abiding citizen and a young Niger Deltan that was involved in the process of bringing peace to the Niger Delta through the Amnesty Programme.’’

He called on the justices of the Court of Appeal to reverse the conviction of Ebiware since Justice Kolawole that sentenced him for accessory had by his judgment declared that the crime never took place.

He also appealed to the Presidential Committee on Prerogative of Mercy to look into the case and recommend to President Muhammadu Buhari to declare clemency for Ebiware.

He added, “Ebiware is innocent; he is a responsible young man with a wife and children, and with an aged mother of over 70 years old. He was the breadwinner of his family.”

A former member of the House of Representatives, Boulos Indowarei, who also took part in the protest, said Ebiware was suffering for an offence he did not commit.

Ebiware’s wife, Ify, who spoke amid sobs, said life had been a hell for her and their two children.

“I appeal to the Federal Government to look into the injustice meted out to my husband and set him free.’’