Home News Feed RCCG General Overseer Declares ‘Holy War’ Against Killer Herdsmen, Boko Haram, Others
Facebook
Twitter
WhatsApp
Angered by the rising spate of kidnapping in the country, General Overseer (Worldwide) of the Redeemed Christian Church of God has declared a ‘holy war’ against murderers, kidnappers and their allies. 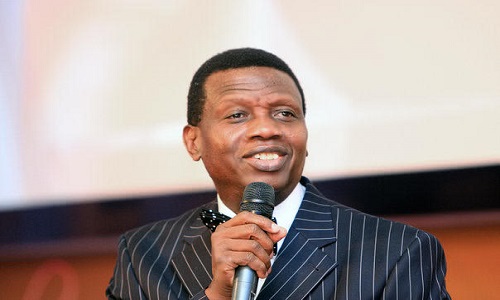 Speaking while addressing a mammoth crowd of worshippers at the church’s monthly Holy Ghost service, the General Overseer of the Redeemed Christian Church of God, Pastor Enoch Adeboye, Friday night, declared holy war against kidnappers and their collaborators in the nation’s armed forces.
The influential cleric who was obviously piqued by the activities of kidnappers who had lately resorted to abducting  school children for ransom, urged the army of faithful to join him in  prayer against kidnapping.
According to Vanguard, the revered cleric who spoke at the new auditorium in Asese area of Ogun State, said; “A few days ago, there was the report that kidnappers abducted six Senior Secondary School students of Lagos Model College, Igbonla, Epe. I want you all to join me in praying that God should send fire to the camp of all those who are kidnapping for ransom.”
He also led the congregation to pray to God to expose all their collaborators in the nation’s security forces and disgrace them, just as he prayed for the release of the six students before yesterday.
Further angered by growing violent crimes across the nation, Pastor Adeboye also urged the crowd to pray for the cessation of all violent crimes in the country including the shedding of innocent blood by either the remnants of defeated Islamic fundamentalist group, Boko Harm or Fulani herdsmen.
And for minutes the crowd responded in prayers against these groups of criminals, saying the international community looked on with increasing concern and interest as the security situation in parts of Nigeria looks increasingly volatile.