Home National News Read the true story behind the death an OAU student in a...
Facebook
Twitter
WhatsApp 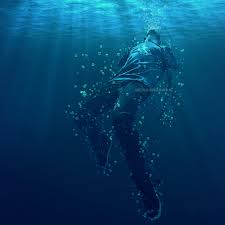 Days after the death of the 300-level student of Obafemi Awolowo University(OAU) student, Emmanuel Fatile, who died on Sunday at the Hilton Hotel swimming pool in Ile-Ife.

The General Manager of the hotel, Mr John Olalekan, disclosed on Tuesday in Ile-Ife that the deceased, who was a good swimmer and trainer, had initially completed his swimming before going back into the pool.

He said all efforts to save Fatile, who came in company with two friends to the hotel, proved abortive.

“I want to put it straight that our swimming pool is fenced and secure.

”The person that died inside the swimming pool was an expert and a trainer himself. He usually teaches other people how to swim.

“He had already completed swimming; he came out and went back inside the pool again.

”It is only God that can tell what happened. It is not explainable. If he was an amateur that came to swim, we couldn’t have allowed him to swim without using the floaters and tubes.

“We even give experts tubes. I think it is the wish of God. It is an unfortunate thing. This is the first time such will be happening.

“No one has died in our hotel before,’’ he said.