The “Move” crooner wants a reunion of the defunct Mo’Hits crew. And he is not alone in the request.

For a longtime Nigerians and music lovers alike are yearning for ace music producer Don Jazzy and his erstwhile partner D’banj to get back into the studio and cook us some banging tunes.

Reekado Banks in a series of tweets relieved he misses the good old badass Mo’Hits crew. The singer revealed he was listening to some of the crew’s music and he desperately wants a reunion. 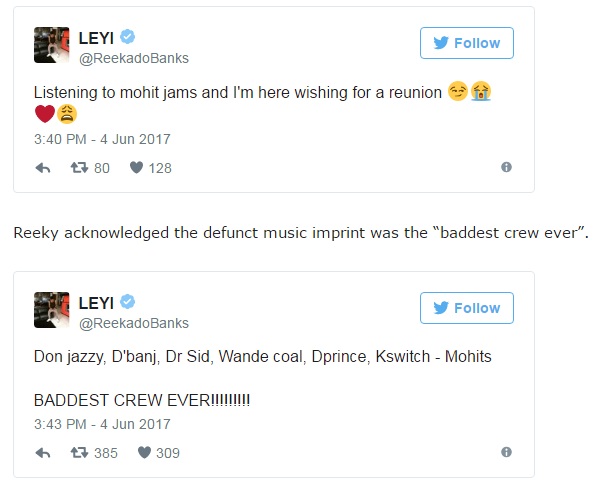 Reeky acknowledged the defunct music imprint was the “baddest crew ever”.

Don Jazzy and D’banj parted ways in 2012 which ultimately ushered the end of an era. The music industry misses the chemistry that exited between the producer and the entertainer and the whole crew.

Can Nigerians get these people to work together again?