Home News Feed SAD! Assassins Murder Old Couple In Their 70s
Facebook
Twitter
WhatsApp
Residents at Gbongan in Ayedaade Local Government Area of Osun State have woken up to a terrible shock of the murder of a septuagenarian couple. 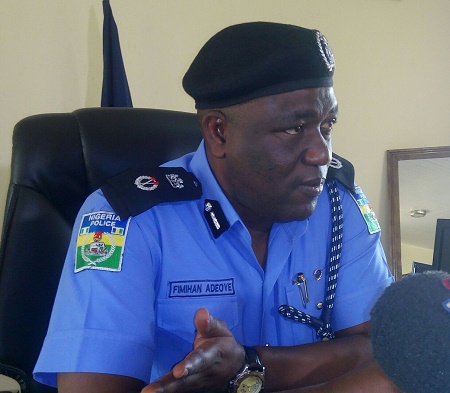 Septuagenarian couple have been killed by suspected assassins at their residence at Gbongan in Ayedaade Local Government Area of Osun State.

The husband and wife, who were said to be over 70 years of age were reportedly strangled at their residence at Abe Koko area of Gbongan along the Gbongan-Iwo Road.

Many residents of the town are still confused about why the couple, Pa Reuben Akanbi and his wife, Victoria, might have been targeted but some suggested it could be connected to a land dispute.

One of the children of the slain couple, Dr. Caleb Akanbi, is said to be a lecturer at the Computer Science Department of the Osun State University main campus in Osogbo.

A resident of the town, who pleaded anonymity, told our correspondent that some assassins had made an attempt on the man’s life about two months  ago but they were said to have spared him when one of them  discovered that he was his former teacher who was very nice to him.

Pa Akanbi was said to have gone to church for a thanksgiving because of his miraculous escape at the time but it was believed that his assailants hired another gang of killers, who struck at his residence in the early hours of last Saturday and killed him and his wife.

The resident said, “The hoodlums killed both the man and his wife. Their killers twisted their necks and probably hit them with heavy object. The man died on the spot but the wife died while they were carrying both of them to LAUTECH Teaching Hospital, Osogbo for treatment.

“We don’t know why hired killers were after them but I heard that some gunmen had come to his house about two months ago and they told him that they were hired to kill him. The assassins reportedly told him that they would not kill him because the man was a good person while he was a teacher.

“They struck in the early hours of Saturday. The remains of the husband and wife have been deposited at the Ladoke Akintola University of Technology Teaching Hospital morgue.”

The distraught son of the deceased could not answer calls put across to his telephone by our correspondent but he confirmed the incident in a reply to the text message sent to him.

Asked if he was the son of the couple killed by some persons in Gbongan, Akanbi simply wrote “Yes sir.”

She said the Commissioner of Police in the state, Mr. Fimihan Adeoye, had ordered detectives to get to the root of the matter and arrest those behind the killing.

Odoro said, “We are aware of it. The commissioner of police has directed a team of detectives to get to the root of the matter and I am sure they will unveil those behind the killing.”