Home News Feed See Raunchy Photos Of Girlfriend Police Officer Posts | Photo
Facebook
Twitter
WhatsApp
A Kenyan policeman has found himself in serious trouble after he allegedly battered his girlfriend and posted her n*des on Facebook. 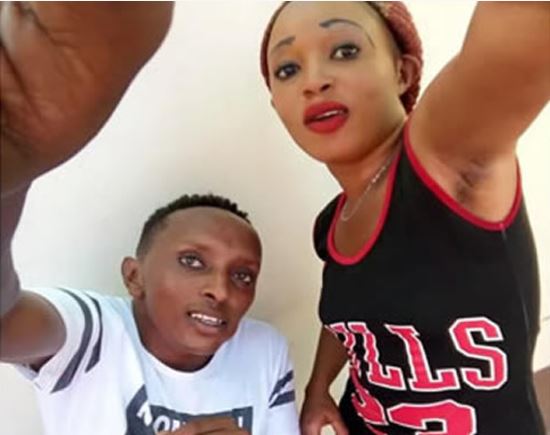 An administrative Police officer who reportedly broke up with his girlfriend has allegedly physically assaulted the lady, leaving her with a disfigured face, Punch reported.
The report further stated that the policeman identified as Nur Nucho also hacked into her social media account where he posted her n*de photos, perhaps taken when the going was good between them.
Nucho, who was stationed at Korogocho area of Kenya, posted the photos of his ex-girlfriend, Carol on Facebook and WhatsApp pages.
The incident was first revealed by a Facebook user who goes by the name Lloyd Selemani.
In a post shared on a Facebook women’s group, Kilimani Mums, Lloyd had shared the photos.
Lloyd’s post states, “This is Nur Nucho, a Police officer from Korogocho who has fallen out with his girlfriend Carol… beaten her up and disfigured her face then logged into her FB page and uploaded inappropriate photos. Same applies to her WhatsApp”.