The Senate has stepped down consideration of the report on the National Roads Fund Establishment Bill, asking the Committee on Works to make “further consultations” on it. 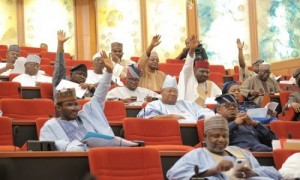 The panel had specifically recommended multiple taxes, including a N5 levy on every litre of Premium Motor Spirit (petrol) and Automobile General Oil (diesel) imported or refined in the country.

The recommendation had generated public outcry.

Several lawmakers who spoke on the recommendations, particularly the N5 levy on petroleum products, expressed their reservations.

It was agreed that the panel should review the report.