Home News Feed Son Of Buhari’s Aide Graduates With First Class From UK University |...
Facebook
Twitter
WhatsApp
It is excitement and jubilation for Senator Babafemi Ojudu after his son graduated with first class from Durham University UK.
Bidemi Ojudu, the 20-year-old son of Senator Babafemi Ojudu, Special Adviser to President Muhammed Buhari on Politics and a gubernatorial candidate for Ekiti State has graduated in flying colors from a UK university.
The Senator took to social media to celebrate his son. 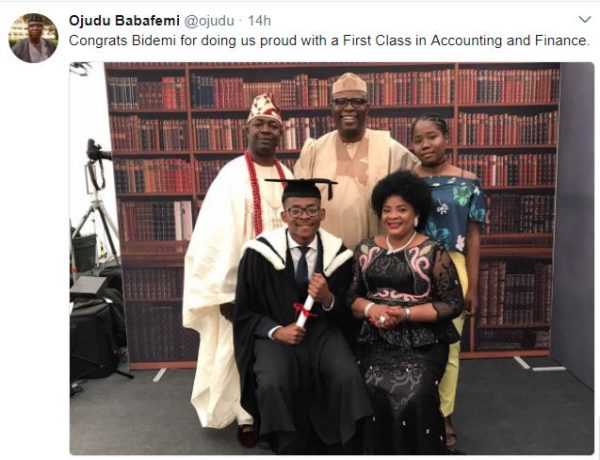 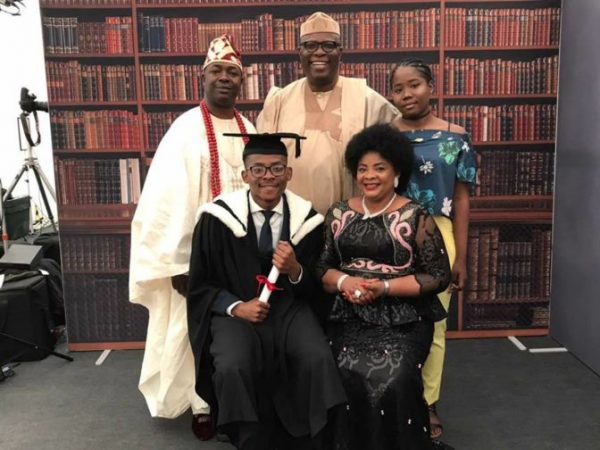 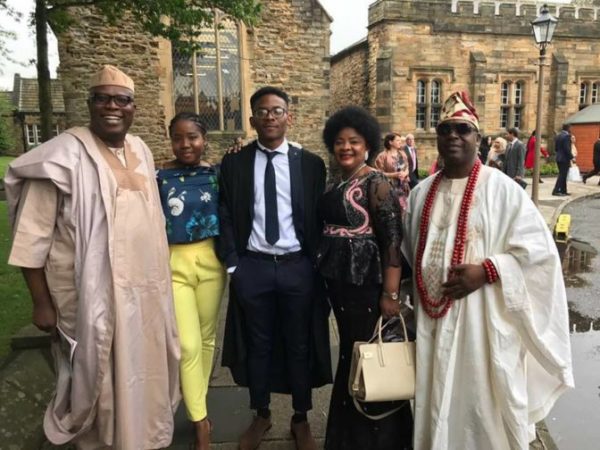 According to reports, Bidemi graduated with First Class Honors in Account and Finance from Durham University UK. The University is a world top 100 University and coming out in First Class puts Bidemi in the group of the best scholars.