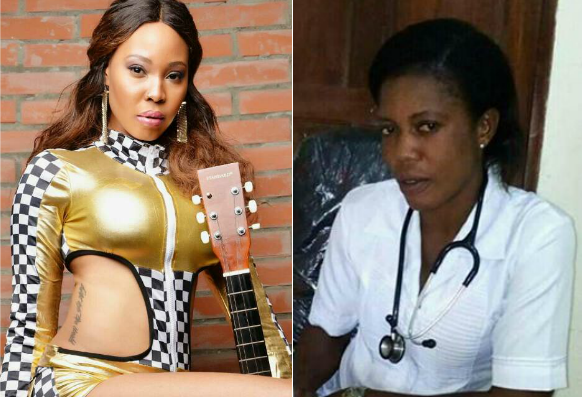 ‘This lady wearing nurse uniform is the sister of Stephanie Otobor.
the girl who was reported to have had scandal with the preacher, Apostle Johnson Suleiman.

Stephie Otobo Elder Sister whose facebook name is Blessing Lube was reported to have duped a Sapele Senior bros the sum of $1,300.00 in USA. It was gathered that she paid a visit to him and after been given the treatment of a brother who saw her long gone sister, she absconded with his money. It was giving a suit case full of female clothing’s and giving a hundred dollar! 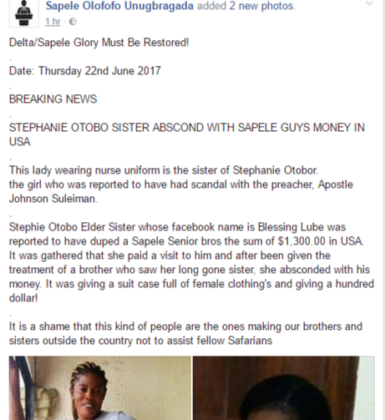 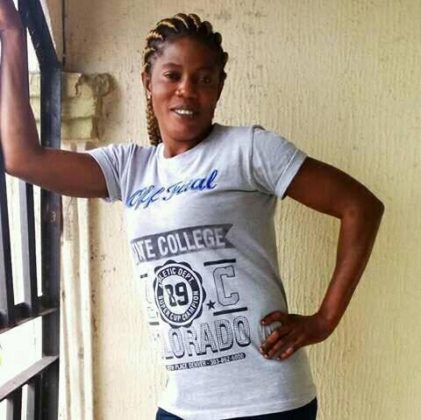