Deolu
A commercial taxi driver has landed himself in hot soup after he reportedly slapped a passenger to death. 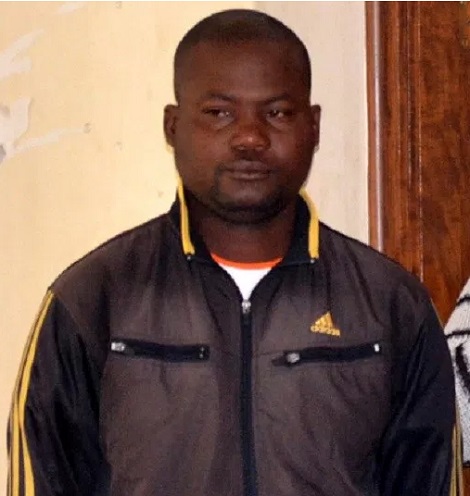 A taxi driver who slapped a passenger for vomiting in his car resulting in the victim falling and hitting his head against the tarmac causing his death six days later, has been fined $300.
According to reports, the 36-year-old Zimbabwean man identified as Donmore Simende reportedly assaulted 28-year-old Rodney Siwela at a commuter omnibus terminus at Pick n Pay Supermarket in the city centre.
Simende appeared before magistrate Crispen Mberewere facing a charge of culpable homicide and was fined $300 or 10 months in prison.
Simende had pleaded not guilty. “I admit that l slapped him but he was drunk and he spent the whole night at the terminus maybe there is something that happened to him during the night. I did not slap him because he vomited in the vehicle but l slapped him because he insulted me by referring to my mother`s private parts,” said Simende.
Mberewere said the court has overwhelming evidence that Simende caused Siwela’s death.
“The evidence that was given by State witnesses shows that the accused person caused the death of the deceased. There is nothing that happened to the deceased person during the night because vendors told this court that they saw the deceased lying on the ground the whole night until he was picked by ambulance.
“This court will punish you for carelessness. In sentencing you, this court has referred your case to a case of Makombe verses the State which was held at High Court.
“It was similar to your case, but the difference is that accused person slapped the deceased once on the head resulting in him falling headlong and hitting his head onto the tarmac and dying on the spot.
“The accused person was sentenced to 36 months in prison of which 18 months was suspended on condition of good behaviour and for the remaining 18 months, he was ordered to perform community service,” he said.
Mberewere said Simende cannot be ordered to perform community service because he is a family man and he ekes a living through driving a commuter omnibus.
Prosecuting, Busani Moyo said on August 23, at around 9pm, Siwela boarded Simende’s commuter omnibus.
“While at the terminus and before the vehicle was full, the deceased who was drunk, vomited inside Simende’s vehicle. Simende dragged Siwela out of the vehicle by the collar. He then slapped him once in the face and Siwela fell headlong on the tarmac. Simende dragged Siwela and left him leaning against a pole,” he said.
Siwela was unconscious until the following morning when he was rushed to hospital and he was admitted to the Intensive Care Unit (ICU).
He died six days later.
The post mortem concluded that Siwela died due to skull fracture and severe head trauma.