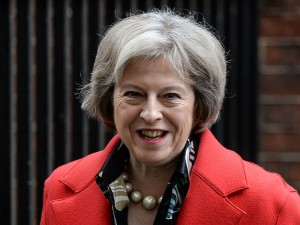 According to indications after the just concluded British Elections, Prime Minister Theresa May risks losing her position to Labour leader Jeremy Corbyn following her Conservative Party’s poor performance at the just concluded election.

Corbyn has vowed to finish what he started by getting rid of Theresa May within a matter of days.

He plans to use the Queen’s Speech as his first opportunity to topple the floundering PM.

In an exclusive interview with the Sunday Mirror, Mr Corbyn is champing at the bit and buzzing with enthusiasm.

And over a cappucino he says it is time for Mrs May to wake up and smell the coffee.

The Labour leader says: “I can still be Prime Minister. This is still on. Absolutely. Theresa May has been to the Palace. She’s attempting to form a government.

“She’s then got to present a programme to Parliament.

“We will – obviously – amend the Queen’s Speech. There’s a possibility of voting it down it and we’re going to push that all the way.

“We have got a mandate to deal with issues of poverty, justice and inequality in Britain. We want to end austerity and invest in this country and that’s what we’re going to do.

“Nearly 13 million people voted for us to do it. That’s why I’m here.”

The election result saw Mrs May scramble to form a minority government to have any kind of Commons majority.

And she enlisted the help of the hard-right DUP to get her over the line.

But Mr Corbyn believes there is enough opposition in the rest of the House – and on Mrs May’s own backbenches – to defeat the Government.

That could trigger another election as the Tories would face a confidence challenge.

And the Labour leader is optimistic his progressive manifesto will attract enough support in Parliament to propel him to power.

Mr Corbyn adds: “It’s very unclear on the programme they’ll be able to put forward. But we’ll put up our demands and our message and we’ll assert those.

“I don’t think Theresa May and this government have any credibility. The Prime Minister called this election on the basis she would need a stronger mandate to negotiate Brexit.

“Well look what’s happened. The parallels are with 1974 when the Conservatives sought – as they have done this time – a ‘who governs Britain?’ mandate.