The Senator representing Anambra South Senatorial District in the National Assembly, Andy Uba, on Friday vowed to unseat the incumbent governor of the state, Willie Obiano. 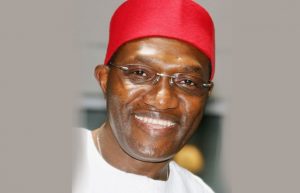 Uba stated this at Uga, his hometown, while handing over 24 cars to the Anambra State chapter of the All Progressives Congress.

He said the cars should be distributed to the 21 APC local government chairmen in the state, while the remaining should be assigned to coordinators in the three senatorial districts of the state.

He said he would replicate the empowerment to the 326 APC ward chairmen in the state before long.

He said the purpose was to make the impact of the party felt everywhere in the state before the November 18 governorship election.

Uba, who dumped the Peoples Democratic Party for the APC, is vying for the governorship seat in the state on the platform of his new party, APC.

Obiano came into office on the platform of All Progressives Grand Alliance.