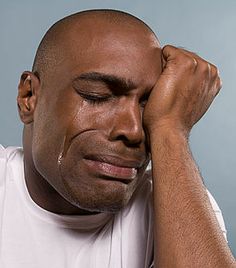 72-year-old retired soldier, Samuel Adebamigbe, on Wednesday pleaded with an Agege Customary Court in Lagos to dissolve his 30-year marriage over his wife’s adulterous life.

Samuel, who resides at No. 88, Ajayi Road, Modupe Bus Stop, Oke-Ira, Ogba, told the court that his wife, Iyabo, was having extra-marital affairs with several men.

He also said his wife was not submissive and could no longer live with her. The petitioner, an indigene of Ondo State, said, “My wife is not trustworthy and she is also wayward.

“She lied to me that she was from Ondo State but l later realised she is an indigene of Edo.

“My family was against our union from the beginning because of her promiscuity, but because l love her, l decided to marry her.

“There was a time l found a letter addressed to her lover stating where to meet each other.”

Samuel also claimed that his wife was having an affair with a prophet, but she denied, claiming she was always with the “man of God” for intercessory prayers.

“The trouble is too much. l can no longer bear her arrogant and promiscuous lifestyle.

“Whenever he had sexual intercourse, she keeps complaining of stomach upset.

“I became worried and asked her to go for a medical check-up and she told me that the doctor said she should have s*x just once a week.

“I was told that due to my wife’s adulterous life, a charm was placed on her which is causing her stomach upset,” he said.

The husband said he decided to marry a third wife in Ondo State because he needed to have sex more frequently.

He declared, “I am asking for a divorce because this marriage that is blessed with three children has already broken down.”

Responding, 50-year-old Iyabo, a businesswoman, denied all the allegations, saying she is not ready for the dissolution of the marriage.

“He embarrasses me publicly, calling me an adulterous woman and he beats me with wire at the slightest opportunity.

“My husband does not respect me as a wife; he claims that l am illiterate and that he has married an educated woman.”

The court’s President, Mr Philip Williams, appealed to both parties to reconcile in the interest of their children.

“The court does not encourage divorce; we are here to make peace where possible, the woman should be submissive if she still
wants to keep the marriage,” he said.

Williams, who later invited the couple into his chamber for Alternative Dispute Resolution, adjourned the case until July 27.