Two women suspected to be involved in artificially colouring oranges to boost their sales, have been arrested for questioning and possible prosecution. 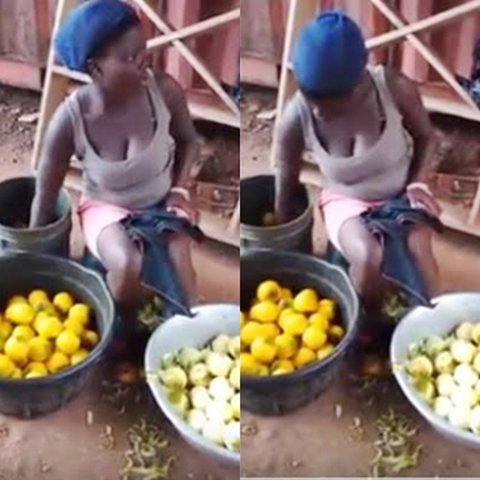 The gallant operatives of Ghanaian Police in collaboration with Food and Drugs Authority, have apprehended two women suspected to be involved in artificially colouring oranges to boost sales at the popular Madina market in the country after their photos and a video emerged online and went viral on social media.
In the video, a woman is seen with two big bowls, one a colouring solution and the other full of ripe oranges. She dipped the oranges in the solution and waits for some minutes for the fruit to turn deep yellow.
It is believed the colour makes the fruit eye-pleasing enough to attract customers. But FDA says the colouring is “suspicious” and condemned the practice. The officials have therefore arrested the women for questioning and possible prosecution.
Watch the shocking video clip below;