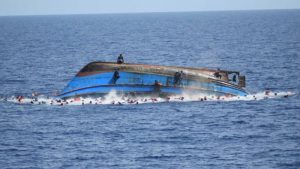 Local officials on Monday confirmed that Twenty-seven people drowned and about 50 remain missing after the vessel transporting them capsized in Congo.

Mr. Bulukungu who said the motorised canoe was carrying an estimated 90 people, was however unable to say if any of them were rescued.

The governor attributed the accident to the poor condition of the vessel and stormy weather.

In 2016, about 100 people were reported to have died in some 10 boat accidents in the Central African country.

The maritime authorities attributed the frequent accidents mainly to overloading, not respecting navigational norms and the absence of buoys on waterways.