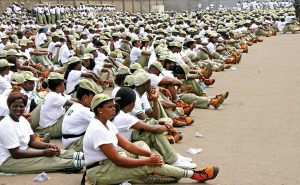 The National Youth Service Corps (NYSC), has fixed July 26, 2017 for the commencement of orientation for prospective Stream 2, Batch A corp members nationwide and close on August 15.

The orientation programme for the first stream of Batch A corps members held between May 23 and June 12. Their Stream 2 counterparts were expected to be mobilised for camping shortly afterwards.

But over a month later, they have not received any information to that effect, leaving many of them anxious and angry.

According to reports, “We are expecting 72,000 corps members in Stream 2,” our source said. “We don’t want to mobilise them for orientation only to be short of money midway. We want to make sure we have enough resources.”

The official said the agency approached the Federal Government for urgent release of funds.

“We learnt Acting President Yemi Osinbajo has approved a special intervention for us as we requested,” the source said. “The minister was out of town on Monday. We expect that as soon as he arrives, the money issue would be concluded.

“It takes three days for transferred funds to hit NYSC accounts. If that happens before Friday, we will go ahead with our plan to open camping on July 26. But if there is a delay, we will move the programme forward a bit.

“But I can tell you that we are ready for the programme.”

When contacted, Bose Aderibigbe, the spokesperson for the NYSC, declined comment on the orientation date, saying her agency would make an announcement when it is ripe to do so.

“The date will be communicated when we are ready, ” she said. “Tell the prospective corps members to be patient. We are working hard for a hitch-free orientation for them. Our staff are ready.”

The NYSC scheme was created in 1973 to “reconstruct, reconcile and rebuild the country after the Nigerian Civil war.”

According to the NYSC, the purpose of the scheme is primarily to inculcate in Nigerian Youths the spirit of selfless service to the community, and to emphasize the spirit of oneness and brotherhood of all Nigerians, irrespective of cultural or social background.

Share
Facebook
Twitter
WhatsApp
Previous article“70% Of Nigerian Celebrities Are On Drugs” – Okey Bakassi
Next articleBillionaire Daughter Temi Otedola Shows Off Inside Her Beautiful Closet
- Advertisement -Ad ==> Discover how a young Nigerian graduate now makes a consistent 40k per week doing a legitimate online business. You too can start yours now, click here!!!