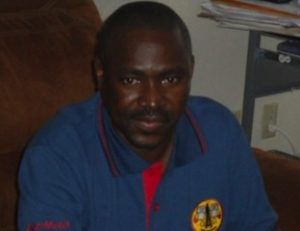 Some oil and gas employers  have been given a a 21-day ultimatum by the Petroleum and Natural Gas Senior Staff Association of Nigeria (PENGASSAN) over the  anti-labour practices.

This was made known by the PENGASSAN’s Public Relation Officer (PRO) , Mr Fortune Obi,  in Lagos on Sunday.

Obi said ina statement  that PENGASSAN would shut down activities of the companies nationwide if they failed to resolve the industrial issues with the workers.

Obi said that the decision to go on strike after the 21-days ultimatum, was reached after a meeting with the Central Working Committee (CWC) of the union.

“The union gave the ultimatum due to persistent unfair industrial relation’s practices by the management of the companies in the sector,’’ he said.

He, however, called on the relevant stakeholders to endeavour to address contentious issues affecting its members within the stipulated days to avert the strike.

According to him, PENGASSAN in the last three years has not only been stretched, but equally over-burdened.

“We are fast running out of patience over the loss of will by various managements to attend to industrial and welfare issues.

Obi described as sad these anti-labour practices against PENGSSAN members without recourse to extant labour laws.

He said that the Association had also called on the leadership of the National Assembly to reconsider the amendment of Nigeria Liquefied Natural Gas (NLNG) Act which would portend danger in government’ if pushed to woo investors into the country.

Obi, however, said that PENGASSAN was open to genuine and transparent processes that would lead to optimisation of the plants as well as guarantee the end of importation of refined products.