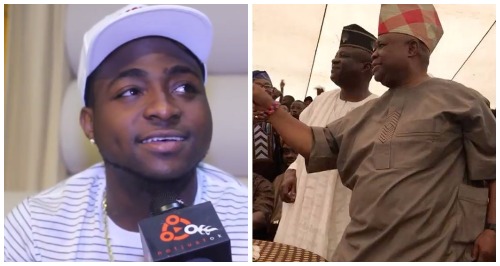 The hilarious dance steps of Senator-elect of Osun West Senatorial District, Dr. Ademola Adeleke stunned many to react yesterday while the father of B-RED jubilates  his victory in the last weekend’s bye-election.

David Adeleke popularly called ‘Davido’ took to his Instagram page to react to the victory of his uncle’s emergence as a Senator and to drop response after the comic dance.

LATEST SENATOR IN TOWN!! SENATOR ADEMOLA JACKSON NURUDEEN ADELEKE !! REMEMBER IN MY SONG OWONIKOKO .. I SAID ‘AND IF YOU DANCE LIKE JACKSON OMO E KO KAN MI O’ THATS WHO I WAS TALKING ABOUT!! GOD IS GOOD!! WATCH US TAKE OSUN BACK!! 💎😜😃 #ijobabasinarambo 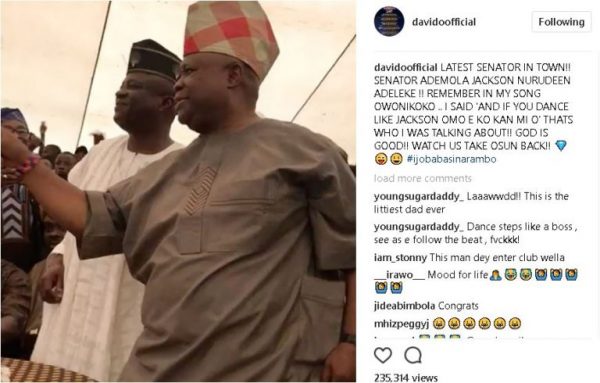