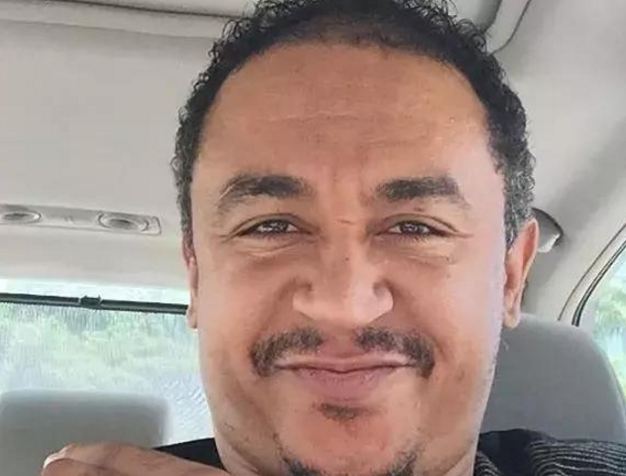 Anonymous Andelasmith is back and this time, has revealed text messages of romantic conversations between Daddy Freeze and his ‘bae’ Benedicta while they were still married. Also, threatens to reveal more shocking evidences.

Daddy Freeze’s wife left him in 2014. These are text messages between him and his shameless ‘bae’, Benedicta in 2013 (take note of the date) while they were both legally married to their various spouses. A legally married woman with 4 kids.

Interestingly, House on the rock cathedral Lekki was one of the venue for their ungodly and mischievous acts. A broadcast message from House On The Rock Lekki to Church members including Freeze to attend house on the rock thanksgiving dinner for Nollywood. Guess who he forwarded it to? Yep! His bae, while his wife was at home. Someone who preaches vehemently against the churches was using the church as a meeting point for his adulterous activities. What a bloody shame!

Just in case you all are in doubt over the credibility of the message, these pictures show the two different sender numbers (Zain Ifemi and MTN Ifemi) on truecaller. The two phone numbers clearly belong to @daddyfreeze. If you don’t believe me, do a truecaller search and see for yourselves. #RevealTruth

Recall that Freeze earlier stated that he started dating Benedicta barely 4 months after he left his ex-wife in 2014. Now these evidences (sent as far back as 2013 before Freeze’s marriage crashed) show that he was clearly involved in adultery. Something that probably cost him his marriage.
Daddy Freeze! Sharp Shooter! Andelasmith means business this time.