Home News Feed Angry Old Man Shuts Down Major Road | Photos
Facebook
Twitter
WhatsApp
A very angry elderly man, on Friday, closed down a major road in Port Harcourt, in protest against the vandalism of his chair by the Rivers State government. 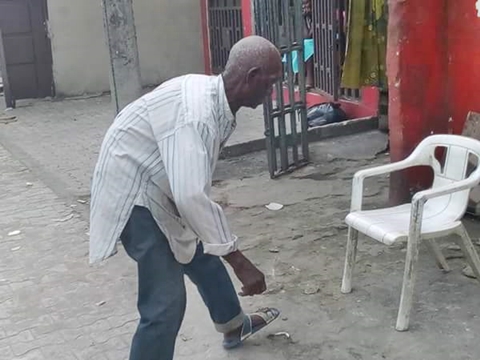 Here’s how a Facebook user identified as Anuebunwa Chidozie who shared the photos on social media, narrated the story online;
**************************
“The elderly man in the picture has partially closed down a part of the Elekahia major road leading to the Yakubu Gowon Stadium, Port Harcourt and Rumuomasi Community.
“He is protesting the vandalization of his plastic chair and the bench used by his daughter inlaw who sells bole in the front of his house by the Rivers State Ministry of Urban Development.
“It is high time the Rivers State Ministry of Urban Development started thinking of how to create cities out of Port Harcourt than going after electorate who eke out a living through petty trading.
“Papa say Governor Wike must replace his chair for am if not him no go gree.” 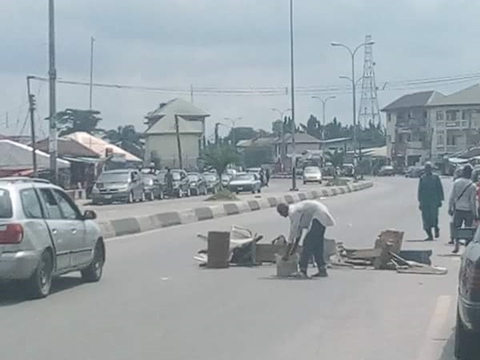 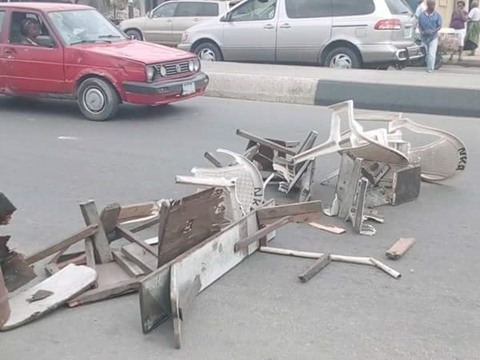 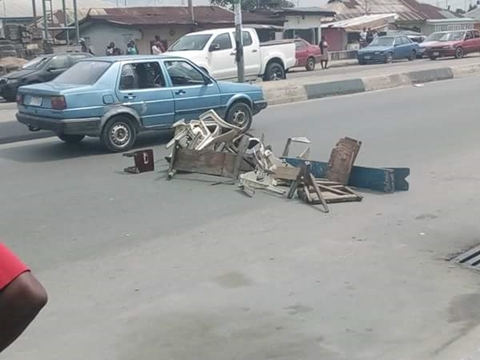