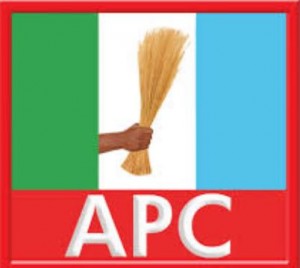 The All Progressives Congress, APC, has decided not to participate in the local government election in Akwa Ibom State which is scheduled for November 11.

This was made knwon by the party’s spokesperson, Edet Bassey.

“APC has not boycotted nor withdrawn from the election,“We, therefore, call on our members who aspire to contest the Local Government election to remain calm and continue their consultations.”

The party insisted that the Akwa Ibom State Independent Electoral Commission, headed by Gloria Ukpong, couldn’t be trusted to conduct a free, fair and credible election and that it was going to court to challenge her headship of the commission.

“APC has very strong reservations about the status, character, integrity, and probity of the leadership of AKISIEC as currently constituted to conduct a free, fair, credible and democratically acceptable local government election.

“Our reservations are predicated on antecedents of the Chief Electoral Commissioner who is alleged to have an unenviable reputation of being a willing accomplice in the perpetration of electoral fraud in two previous local government elections in the state.

“APC has absolutely no trust and confidence in the impartiality of a Chief Electoral Commissioner who had delivered twice (2007 and 2012) to the satisfaction of the PDP and was, contrary to the law, retained to do same in 2017,” the party said in the statement.

The 31 local government councils in the state have been run for about two years now by chairmen handpicked by the state governor, Udom Emmanuel.