It was gathered that the passengers sustained varying degrees of injuries. The young man (pictured) identified as a pilot, pulled the child from under the bus and rushed him to the hospital. 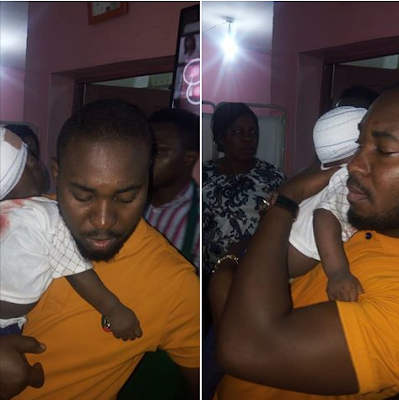 Not only that, the good Samaritan also paid the medical bills before the arrival of the child’s father.