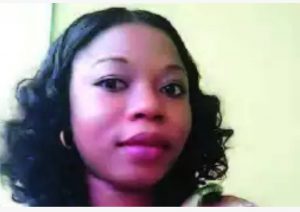 Unknown Gunmen have kidnapped the wife of a banker identified as Kingsley, the duo were abducted on June 11, 2017, while on their way back to Port Harcourt, Rivers State, from Ekpoma, Edo State.

The duo wedded on April 29, 2017. Narrating how they were accosted by heavily armed kidnappers around Rumuoji, Kingsley explained that he tried to escape from the kidnappers with the reverse gear immediately they came out of the bush.

“When they saw that I was making an attempt to escape, they began to shoot at the bonnet sporadically and the engine of my car stopped immediately. They came and dragged us out of the car and moved us into the bush.

The kidnappers were in two groups; one of the groups took my wife to one direction while the other took me to another direction. We were attacked and taken away at about 3.40pm.

I was asking them about my wife’s whereabouts and they assured me that she was with the other group. By the time I saw my wife, she had collapsed and her face was swollen.

I became afraid and begged them that they should release us so that I could take her to the hospital. They gave me the beating of my life. That was about 8pm. When I continued to beg them, they allowed me to call a friend of mine (James) to drive down to the main road that night to pick my wife and rush her to the hospital.

The kidnappers ordered me to carry her to the road while they followed me. The entire place was dark and I carried my wife and tried to wait and have a rest, the kidnappers would again begin to beat me.

This continued until we got to the road. I was told to lay my unconscious wife by the side of the highway with some leaves used to surround her for easy identification. They immediately marched me back to the bush.

My friend eventually took her to the hospital, where she was confirmed dead,” Kingsley, who was eventually released around midnight, said he was still shocked that Adaoma, who he married five weeks earlier, was killed by kidnappers.