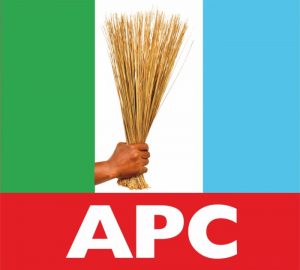 24 delegates have been cleared from the All Progressives Congress, Bayelsa State Chapter  for the party’s non-elective national convention.

The delegates, drawn from the eight local government areas in the state, were selected through consensus by all the party’s chapters in the council areas.

Party faithful on Saturday converged on the APC secretariat in Yenagoa, the state capital, to participate in the exercise by affirming the nominees presented to the congress committee through voice votes.

The Secretary of the committee, Mrs. Mildred Ezoh, who came from the national secretariat of the party, said the congress was either through ‘’election or affirmation’’ as recommended by the APC constitution.

Ezoh said the committee’s job was made easy by the decision of the party members to adopt affirmation in the state.

“We came from Abuja for the exercise and we have done what we are supposed to do. It is either by election or by affirmation. I have been directed to conduct this election,” she said.

The Chairman, APC, Bayelsa State, Tiwe Orunimighe, described the exercise as peaceful and devoid of rancour.

Orunimighe said the party leadership in the council areas consulted widely with all the stakeholders before submitting their lists, adding that they were required to present only three delegates from each council.

He said the exercise was devoid of crisis, noting that the consultations that produced the delegates were far-reaching.

He said aside from the 24 delegates, the state had other statutory delegates that would participate in the party’s national convention.

Some members of the party described the congress as peaceful, commending the electoral committee and the party’s chairman for its success.

It was  observed that the congress was monitored by about 12 officials of the Independent National Electoral Commission from the commission’s office in Yenagoa, the state capital.