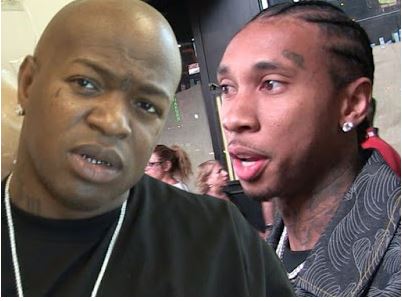 During a recent radio interview on “The Breakfast Club,” where he said he was no longer in love with Kylie Jenner, Tyga also claimed his former Cash Money boss Birdman owes him $12million but doesn’t plan to sue for it. Birdman has reacted and called what Tyga said BS.

Sources connected to Birdman told TMZ that it was actually Tyga who walked away still owing the label an album. But the label didn’t bother to hold on to him because his sales were bad anyway. Tyga actually paid Cash Money $1million to end his contract, after which he moved to Kanye West’s G.O.O.D Music label..