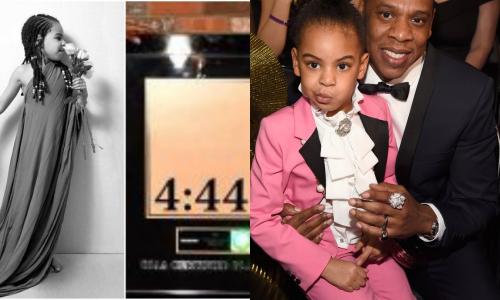 The physical edition of JAY-Z‘s album, “4:44,” is out today, we are surprised with a track where Blue Ivy raps her heart out.

The daughter of Beyoncé and Jay Z featured in a track called “Blue’s Freestyle/We Family” giving a 45-second rap on her dad’s new album.

The budding rap princess starts her flow with:

“Everything, everything is my only single thing/Everything I hear is my answer … I never hear that/I be in the posse/Never seen a ceiling in my whole life.”