Home Politics When Buhari Saw How Much had Been Looted, He Became Sick-SAHARA REPORTERS
Facebook
Twitter
WhatsApp 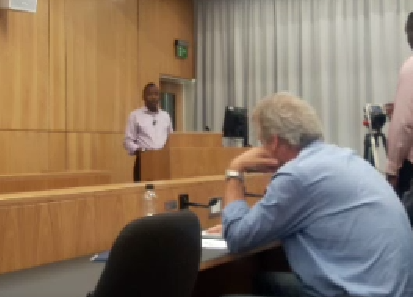 Omoyele Sowore had a  presentation at the Tracking Faulty Towers workshop which held at the University of Kent, London over the weekend where he said that President Buhari became sick after he discovered the amount that has been looted by previous administrations. According to him, there is no more corruption in Nigeria because there is no more money to steal.

“There is no corruption in Nigeria anymore because there is nothing else to steal and loot. When Buhari saw how much has been looted, he became sick. We are happy that Nigeria is no longer among the ten top countries in the world. Western countries accepting Nigeria and other countries stolen money should be the ones tagged corrupt. In my village, the custodian of stolen things is seen as the main criminal. People cannot steal in western countries because where to keep the stolen money is a challenge. The Western world made their system very difficult to steal and loot money.” he said