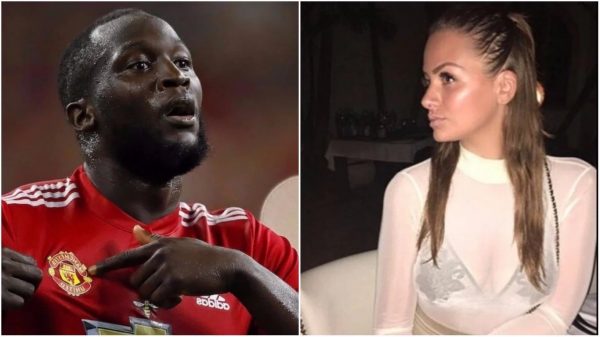 Manchester United striker Romelu Lukaku is reportedly dating the stunning daughter of a Dutch TV presenter. According to the Sun, the Belgian netted brunette beauty Sarah Mens, who he met on holiday in the US back in 2016. Sarah is one of five daughters born to Dutch TV host Harry Mens and his child has even watched some games in which Lukaku played for Everton in the Premier League.
Her father Harry said: “I have heard a lot of good things said about Romelu, although I have not yet had the chance to meet him. “They have been in a relationship pretty much since then, and she sits in the stands to watch him play every week.”
Harry, 69, presents the Business Class show on Dutch TV channel RTL7. He is dad to five girls by three different mothers.
Share
Facebook
Twitter
WhatsApp
Previous articleMan United announce Matic signing
Next articleSee The Way Tiwa Savage Celebrates Her Bright Future At Club Rumors (Photos)
- Advertisement -