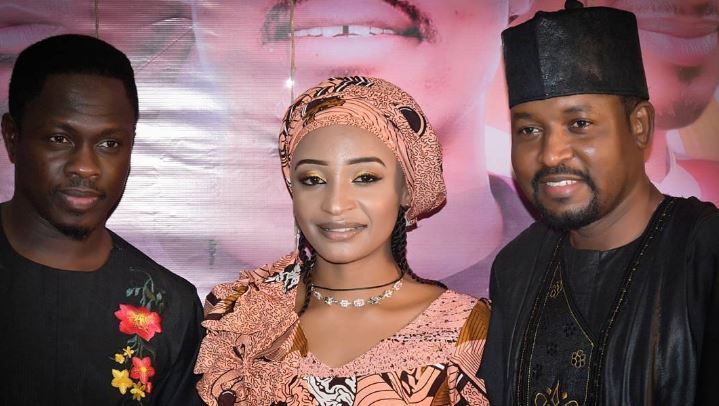 The culture of showing films in cinemas has predated Kannywood or any other Nigerian film industry, unfortunately in Kannywood those cinemas make the most profit, even more than the film makers/crew, this is largely due to the advantage given to them on a platter by the film makers.

After dedicating much time, effort, wits; commiting resources and spending tremendous amounts for advertisements on billboards, internet e.t.c, the film makers dont get the pleasure of premiering their work, they instead release to the public which in most cases got hijacked by pirates and the profit got split even.

To correct this anomaly, Kannywood has reintroduced premiering movies by its producers in cinema’s first before releasing to the market. The fans now get to meet, interact and watch movies with their favorite stars, the cinemas patronage will increase, producers will reap benefits of their hardword, and the industry would grow.

I brought to you photos from a movie premiered this week, the message they sent out is well received as seen by the huge crowd trooping to cinemas and the response of satisfaction they give after coming out.

Photos from the movie “Mansoor”.