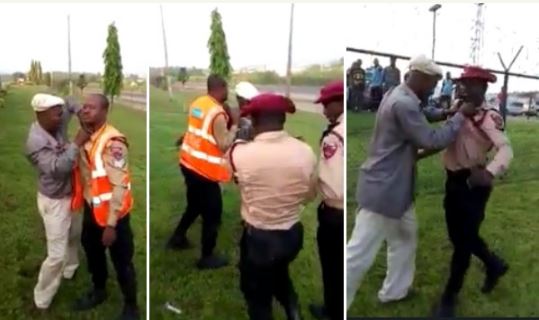 An erring road user was approached by officials of the Federal Road Safety Corp for sanctioning over an undefined act.
The keys to his vehicle were seized by the operatives thereby provoking the driver to attack them. All efforts to arrest the man proved abortive as he easily overpowered the unnamed FRSC officials.
What became of the erratic driver is currently unknown but he is due for a tough penalty for attacking the uniformed men.
Watch the video below: