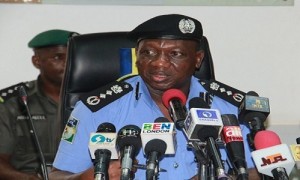 The Inspector-General of Police, Mr Ibrahim Idris, has pleaded with the community leaders in Zuba and environs to join hands with the Police to help fight crime by  exposing criminals and persons with questionable character in their community.

A statement by the FCT Police Command Spokesman, DSP Anjuguri Manzah, said Idris made the call on Wednesday at the Zuba Police Divisional Headquarters during his visit to interface with residents.

He said that the I-G who reiterated his commitment to end kidnapping and other criminal activities in the area also urged them to monitor activities of their youths.

“He also tasked them to provide sound religious and moral guidance for their youths,” Manzah said.

He said that the community leaders, youth leaders and various stakeholders pledged their resolve to continue to support the police by providing timely information.

“They also assured the Inspector-General of Police that criminal elements once identified would be exposed.

In a related development, the FCT Police Command said it had arrested three suspects who specialised in vandalising property of the Nigeria Railway Corporation.

The suspects are Uchechi Onyemaizu, 35, Daniel Ugboloke, 31, and Abdullahi Usman, 27.

The Spokesman of the command, DSP Anjuguri Manzah, in a statement said that the suspects were arrested on July 6 in Kubwa.

He said the arrest followed a tip-off that they were vandalising iron pools and chain link fencing used as a barrier around railway lines in Kubwa.

Manzah said 80 pieces of iron pole had so far been recovered from the suspects as exhibits while efforts had been intensified to recover the chain link fencing.

He said that operatives of the command had also arrested the duo of Suraju Aliyu and Hassan Yusuf both of Delta line, Jabi garage, for vandalising CCTV stand at Wuse junction.

The spokesman said rods vandalised by the suspects who were arrested on July 16, had been recovered.

He said all the suspects would be arraigned in court on conclusion of investigation.