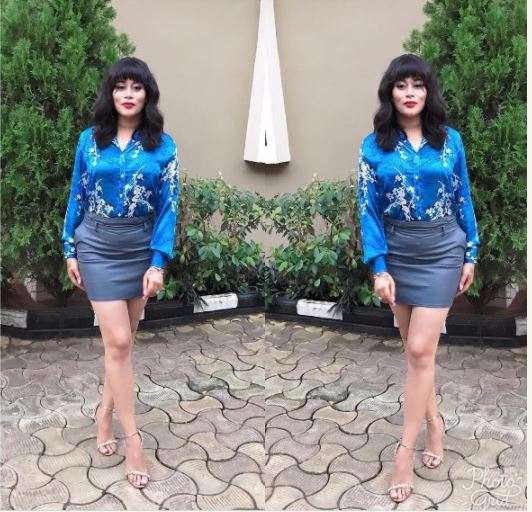 The actress – Adunni Ade, showed off major skin as she rocked a mini skirt to a comedy show on Sunday.

Pairing the grey skirt with a blue floral top, Adunni showed off her long flawless legs as she posed for photos. The popular figure who once admitted she attempted to commit suicide in the past is an American citizen born in New York. 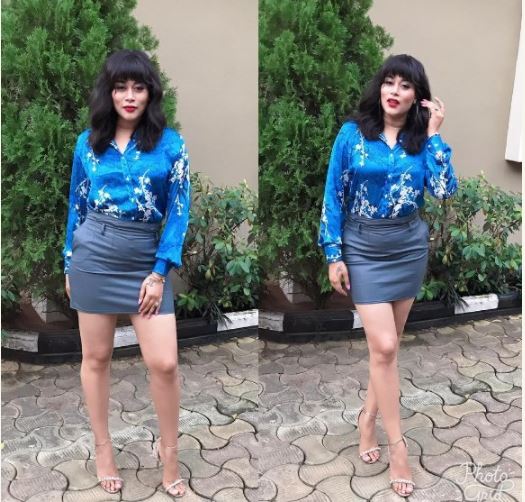