We had earlier reported that Davido was almost beaten by a club goer in London and the man involved in the fracas has come out to explain what really happened. Writing via his Snapchat account, the man who is named Chris wrote that Davido was the one who initially made the first move.

He said Davido ordered his boys to attack him while also labelling the popular musician a bully.

“Davido apparently ordered his boys to attack me. But he should have fed them before sending them to fight.
Niggas were too high on weed to fight anyway. What happened was self defense. U fight evil with bigger evil, u dont run from it. And for those of you sending me death threats am more than happy to meet u now lets get it on.
I wonder why people would want to waste their time on a fight know nothing about. #SayNoToBully #Defend yourself at all times. #theonlyWay to earn respect,” Chris revealed on social media.
See his screenshots below: 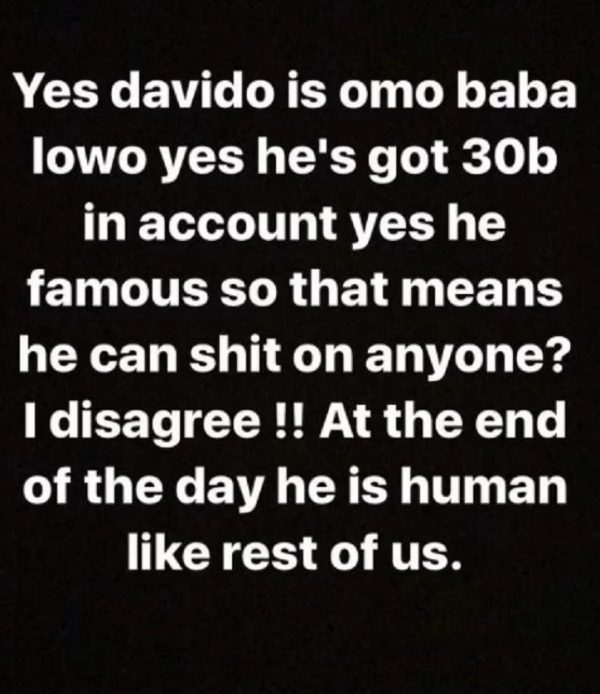