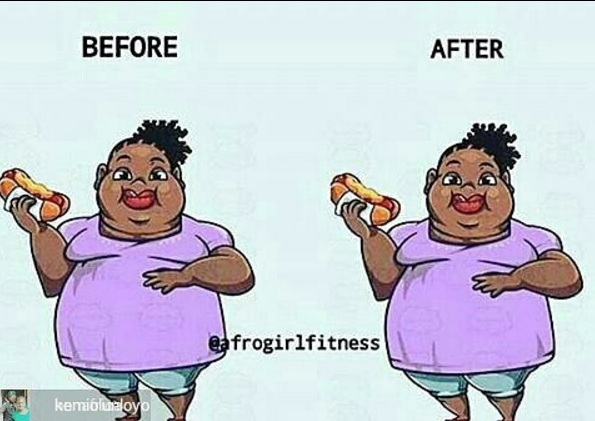 The controversial media personality definitely does not care whose ass is gored.

She again came for Nollywood actress, Eniola Badmus, over the latter’s weight saying it’s about time she begins to watch what she eats.

Recall Eniola, had recently took ill and needed to care for herself so as not to be sorry? Well Kemi, is calling her bullsh*t on this as she not only trashed but fat shamed the actress.