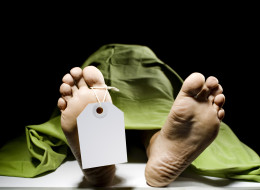 Scientists have discovered that the time of day we are likely to die is written in our genes.

Researchers looking at the sleeping patterns of 1,200 persons who are each 65 years old, found that those with certain types of genes (called ‘AA’) were most likely to pass away at 11am.

This is because these genes, which make you more likely to be an early riser, often trigger acute medical events such as heart attacks and strokes around this time.

Clifford Saper of Harvard Medical School, who published the research in the Annals of Neurology, says: ‘Even death must obey the biological clock in each of us, and around 11am is the average time.’