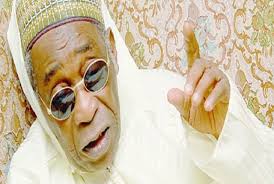 Sule died in Cairo, Egypt in the early hours of Monday.

The former Minister of Petroleum took ill last weekend and was flown out to Egypt on Saturday where he gave up the ghost.

Sule would be buried in Kano on Tuesday.

His corpse is expected to arrive Nigeria on Tuesday by 2pm

Funeral to be conducted at the Kano Central Jumaat mosque, Emir’s palace at 4:30pm.

Sule is survived by a wife and nine children.

The late Sule was the Danmasanin Kano. He was aged 88.