Deolu
A former Nigerian university Vice Chancellor has been remanded in prison custody for committing a grievous crime. 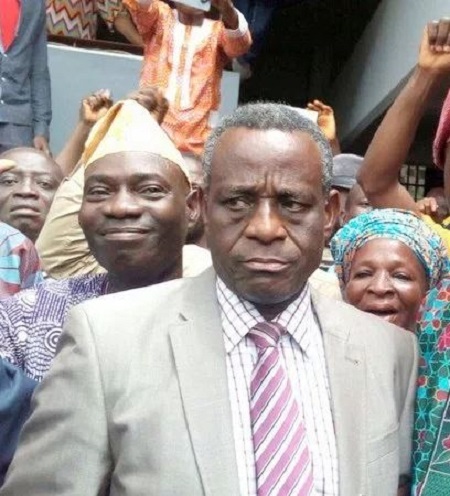 Anthony Elujoba, a former Vice Chancellor of the Obafemi Awolowo University, has been remanded in Ilesha Prisons after the bail application was dismissed.
According to Premium Times, Justice David Oladimeji of the Federal High Court in Ede, Osun State, ruled that Mr. Elujoba be remanded till July 19 when the case will be brought for hearing.
The former VC is standing trial on a seven-count charge of alleged corruption and abuse of office involving some N1.4 billion.
He is standing trial alongside the bursar of the university, Josephine Akeredolu.
But workers of the university see Mr. Elujoba’s trial as “victimisation”.
Two lecture-free days declared by the Academic Staff Union of Universities, ASUU, in solidarity with Mr. Elujoba ended Tuesday.
On Tuesday, workers of the university protested the decision of the court to send the embattled professor to prison.
The Non-Academic Staff Union of Universities, NASU, locked down the court gate as the ruling was being handed.
No one was allowed to leave the premises of the court at the time of this report.
The workers demanded the judge withdraw his ruling, and authorise the former vice chancellor be kept in the custody of the Economic and Financial Crimes Commission, EFCC.
Students fear the latest disturbances may further affect their academic calendar.