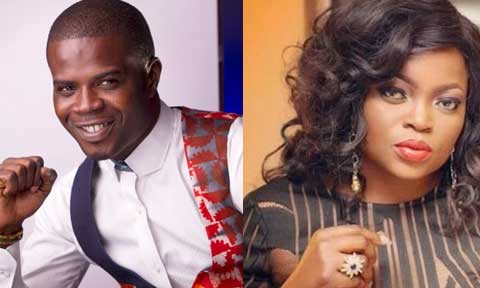 Funke Akindele’s Husband Explains Reason Why Toyosi Left Jenifa’s DiaryAbdulrasheed Bello aka JJC Skillz, husband of Funke Akindele has dismissed suggestion linking his cousin, Moe Musa’s leaving his house to his actress wife.
“Moe has been in Nigeria then for almost six months, so he felt it was time to get his own place. To be honest, when you first relocate to Nigeria, you’ll find it very hard to stay alone because you don’t understand the system yet.

“The way things work in Nigeria is different from the way it works in other countries. Moe stayed with me for a while, so he could get used to the Nigerian system, how to get food, how Generator works and other confusing stuffs,” JJC Skillz said in his account of what led to Moe leaving his house.

He also debunked report linking him to the breakup between his wife and Toyosi, a character in Akindele’s comedy series, Jenifa Diary.

“In the script, Toyosi is married and has gone to France with her husband to live for a while. So, anything can happen. When she comes back, you’d see her on screen, if not, then that’s what the script said.”