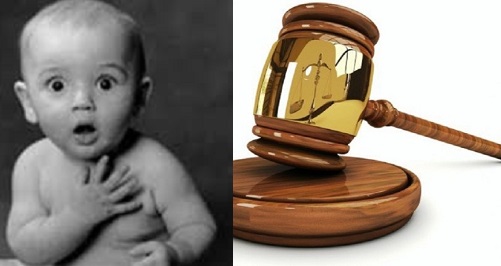 In a Jikwoyi Customary Court, Abuja, A businessman, identified as Emeka Ndu, revealed that he blindly married an HIV positive wife out of love.

While responding to a divorce petition filed by his wife, Ella, he stated that he was warned not to marry her because of her attitude, that if he did, he would surely regret it, but that too did not stop him.

He told the court that he started taking care of his wife from when she was in Senior Secondary School (SSS1), paying her rents and school fees up to the university level and added that all he could get from his wife as reward for his love was infidelity.

The respondent also said that when his wife was in charge of his shop, there was always shortage of cash which she cannot account for and claimed that she had been a bad influence on the children.

“Before we got married, I and my wife went for a HIV test, my wife tested positive, while I tested negative.

Because of the love I had for her, I still went ahead to marry her against the advice l got from some of her family members,
My wife brings her lovers into our matrimonial home and makes love with them.

My children and my workers confirmed it, that it happens mostly at weekends when I have gone to school,

The series of problems that l am having with my wife always bother on infidelity, betrayal and lies.

One day I saw a receipt of a landed property bought by my wife, yet she did not have any other source of income except my shop

since she left the house, my children have been winning awards in church.’’