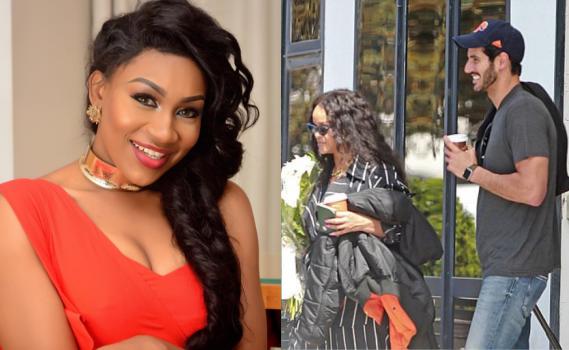 Rihanna’s new man has been recently unveiled to be the heir to one of the richest family in Saudi Arabia– Hassan Jameel who reportedly has a net worth of $1.5billion.

His family reportedly own the rights to the distribution of Toyota vehicles in the Middle East.

Nollywood actress Ebube Nwagbo seems to be fascinated by the love story between Rihanna and her new beau.

She claimed that she has drawn inspiration from the Barbadian bad gal’s catch.

The 34-year-old actress took to her Snapchat account to reveal that she is now on a quest searching for her own Saudi heir.