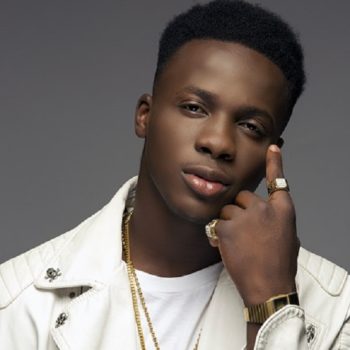 Fast rising singer, Koker, seems to set his eye on the prize and nothing is slowing him down in his quest.

Ever since he released his hit song, ‘Do something,’ the singer has kept the pace releasing hits after hits.

In a recent interview with Saturday Beats, the Wavy singer, said that his celebrity status has made his social media account a circus of some sorts.

“On social media, some people ask me for crazy things and they forget that I am human. If possible, they could ask for my heart. Some ask for money genuinely and if I can help out, I do so, sadly, if you cannot help some people, they begin to insult and curse you. Some ladies just randomly send me nude pictures,” he said.

The singer was quick to add that once a person is focused on his goals in life every other thing not pertaining to the set desire becomes a distraction.

He said, “The ladies are special people and anytime I come in contact with any of them that tries to show me love, I always reciprocate. If they want to take a picture with me, I would oblige them but there would be nothing beyond that. To be honest, it is not easy because any new level in a person’s life attracts more attention from the female folk. People would want to be associated with you but it is left to you to stay grounded and know what is good for you. Once you have a focus, all these things would be mere distraction.”

When asked about his worst fear in life, the singer said that he had only one and that it is for him never to be complacent in life.

“I have the fear of going back to where I came from; I aspire to be greater everyday. I am never contented with any achievement and there is no time to be complacent. Above all, everything that I am today has to do with God. I would not want to over-emphasise the fact that I came from nothing and I am heading somewhere. I was just like every other person back then when I was in UNILAG hustling. I had to pay people money to perform. I sold my bed space to get money to record in the studio and there were so many people that laughed at me because they did not believe I would get to my desired destination in life. People did things to me that were hurtful enough to make me feel discouraged but I tried to pull through. I sold wristwatches at a point to make more money,” he said.