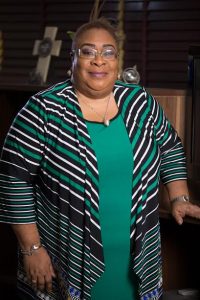 According to the latest results of Saturday’s local government election in Lagos released by the Lagos State Independent Electoral Commission (LASIEC) on Monday indicated that the Peoples Democratic Party (PDP) won four councillorship seats in the Lagos Council Polls.

A statement issued by the commission ‘s Director of Publicity, Mr Oladapo Olatunde, indicated that Accord Party also won three councillorship seats in the election.

The analysis of the results showed that nine out of the 12 parties that participated in the election did not record any win.

The LASIEC chairman, retired Justice Ayotunde Phillips, according to the statement, congratulated all winners and urged them to justify the confidence reposed in them.

She urged them to do so by making an impact with their leadership in their respective areas.

Phillips thanked the political parties and their agents for the peaceful way they conducted themselves during the election.

The commission’s Chairman also commended security agents for helping to maintain law and order during the election.

She thanked the media and civil society organisations that partnered the commission to conduct the polls.

Ayotunde said the election was largely successfully conducted, but admitted initial delays in the deployment of materials to polling units.

She attributed the delays to the downpour on the day of the polls, which affected the easy movement of materials to polling units.

The chairman thanked all Lagosians for the support given to the commission to ensure successful conduct.